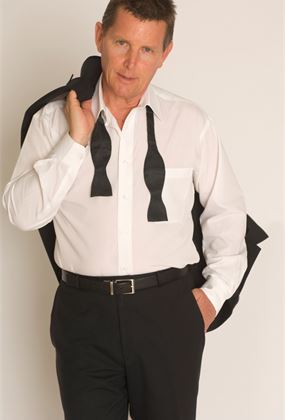 Sold OutNormal
Clay & Champas with Selma Fida
Casula Powerhouse
180 Mins mins
Feeling creative but not sure how to let the artist in you out? Looking for an enjoyable pastime or a group activity with lots of fun? Create your own one-off ceramic masterpiece while enjoying a...
$80.00
View
Trailer
Wishlist


Powerhouse Theatre
Allocated Seating
90 Mins
Wishlist Calendar Twitter Facebook
Celebrate the music of Ol’ Blue Eyes this September with popular performer, Tom Burlinson. Tom has enjoyed a wonderful career in Australian show business for almost 40 years. After graduating from NIDA in 1976, he was cast in the title role in the now classic film 'The Man from Snowy River'. He then played the much-loved Tommy Woodcock in the movie 'Phar Lap'.

A succession of lead roles in other Australian and international films soon followed throughout the 1980s. In 1991 he was cast by Tina Sinatra to sing the voice of her father as a young man in the Warner Bros. mini series 'Sinatra'. This led to a whole new development in Tom's career-initially in stage musicals and eventually to the creation of his own show 'Frank - A Life in Song' in 1998.

For the new several years the show was performed all around the country as well as in Toronto, Canada and at Wynn Resort, Las Vegas in 2007.

From 2007 to 2009 Tom appeared as a judge in the hit TV show for the Seven Network 'Australia's Got Talent'. In 2010 Tom created a new music show celebrating the greats of vocal swing called 'Now Were Swingin'!'. This has been seen in cities and regional centres in every state and territory in the country. Most recently Tom has helped to celebrate the 100th anniversary of the birth of Frank Sinatra by performing the classic live album 'Sinatra at the Sands' at major venues around Australia